Budapest is the perfect destination for a long weekend city break.  This city is full of youthful vibes, alternative nightlife, vibrant street art, delicious food and so much more. The city is divided by the Danube river into two cities, Buda and Pest with beautiful architecture and vistas all around, it is easy to see why it’s nicknamed the ‘pearl of the Danube’. In this weekend travel guide, I will try to highlight just that along with the main attractions. So let’s dive right in and show you what you can do to make the most of your visit to the city.

Budapest is jammed full of Mediterranean and Israeli style restaurants as well as its traditional Hungarian cuisine, if you’re up for trying something more local. Here are some of my recommendations for dining around the city: 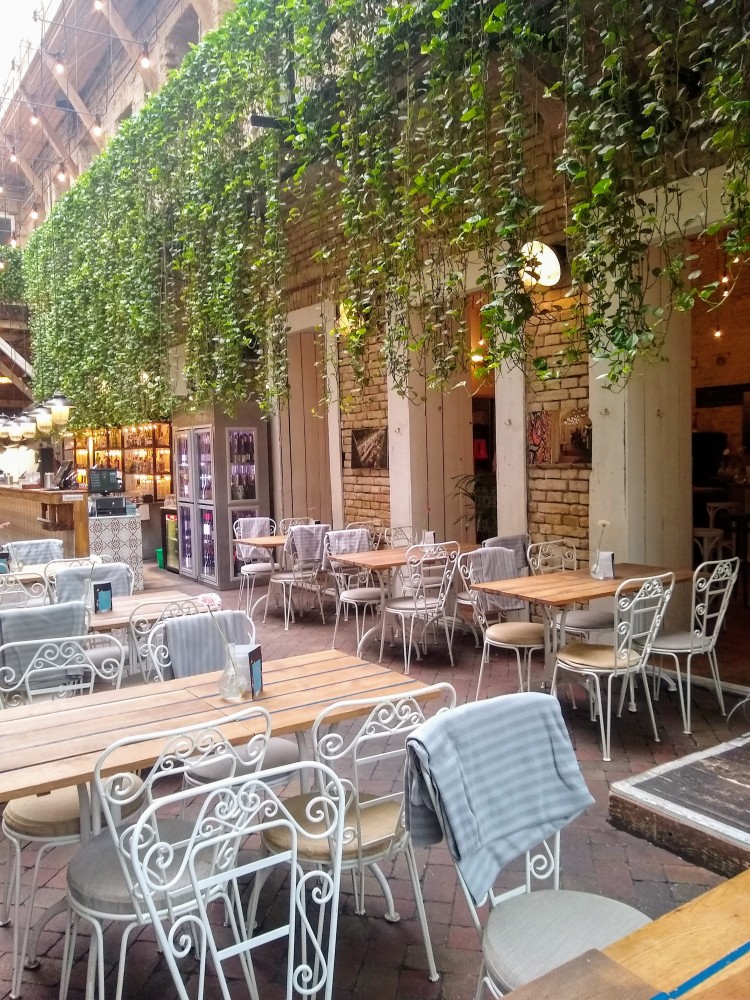 A beautiful, instagram worthy venue with a open courtyard with a juice bar situated in the centre. The menu focuses on Israeli style brunch options.

Dobrumba, Budapest, Dob u. 5, 1074 Hungary
A Mediterranean style restaurant with a wide selection of delicious hummus plates and tahini dishes. The food was so good and reasonably priced here, it was definitely my favourite place to eat in Budapest. It is worth noting as it is so popular, you will likely have to reserve a table in advance, we found out this when we were turned away the first night we tried to eat there. The only way we were able to book was through Facebook messenger, alternatively you may get lucky and walk in and get a table at an off peak hour.

Where to find good coffee?

What to do in the city?

Grab a drink at a ruin bar 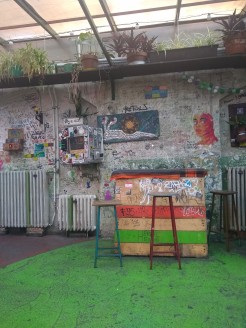 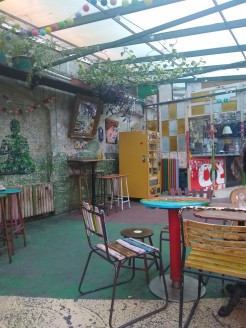 Szimpla Zert is considered the ‘mecca’ of ruin bars in the city, with funky decor and artsy graffitied walls. These bars offer something truly unique to the city, situated in ran down, old buildings, it was the first ruin bar to open and definitely one of the coolest in Budapest.

Wander around the Great Market Hall

Check out what the locals have on offer at the great market hall, from traditional food to souvenirs.

While definitely not my first choice of food, it would be a shame not to try some local Hungarian cuisine on your visit. There are many Hungarian restaurants dotted around the city, unfortunately I cannot make a recommendation as we did not get lucky with our restaurant choice, so my top tip would be to check the reviews before you sit down. Typical dishes include Hungarian sausage and local goulash.

Book into one of the city tours

A fun way to see the city is to book into a tour, there are many to choose from, from free walking tours, to Segway and electric bike tours. We opted for the castle district electric bike tour which brought us up around Fisherman’s Bastion and the surrounding area. This district is particularly hilly so being on the bike was far easier than having to climb all those hills.

Check out the views from Fisherman’s Bastion

Once you are in the castle district, you can look out from fisherman’s bastion onto the Danube river which provides stunning views in all directions.

Shop in the trendy thrift stores

If you are up for some shopping, the city is full of second hand clothing and thrift stores which are worth a visit. You are likely to find some vintage gems at great prices!

Stroll across the chain bridge at night 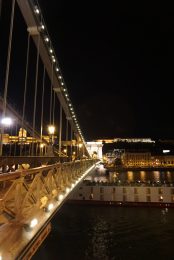 Walking across the Danube river via the chain bridge is something that is particularly special at night with views of the Basilica and parliament building lit up.

Relax at the Gellert Baths

Budapest is known for its array of ancient bath houses, a perfect place to relax after a ton of walking and exploring around the city. There are a couple of baths to choose from in the city including the Szechenyi baths often described as the time square of baths in Budapest, as it is generally the most popular so we opted for the quieter option – the Gellert baths. The Gellert baths has various indoor and outdoor baths of varying temperatures from freezing cold to around 40 degrees, there is also a sauna and steam room area to relax in. It was around 12 euro to enter for the day including use of a locker. Just be sure to bring your own towel and swimwear and if you want to use the main swimming pool, you will need a swimming cap.

Hike up to the top of the Citadel

Margaret Island is accessible from the mainland of Budapest and a nice option for an evening stroll. There are also bike and golf buggy rental kiosks if you’re feeling more adventurous.

We booked into an Airbnb for our stay in Budapest, there are many to choose from in the city at an affordable cost per night. Here is a link to the studio we booked, it is in a great location close to the ruin bars, restaurants and main nightlife area, we didn’t use much public transport as we found each attraction relatively walkable from our accommodation. I really cannot fault this apartment at all, it’s beautifully decorated and quiet as it’s facing a courtyard, perfect for couples or two to three people sharing.

How to get around?

While the city is relatively walkable, here are some transport options to get around:

Bolt. Download the Bolt app, it is the equivalent of Uber in Budapest and it is a pretty cheap and easy way to get around. You pay through the app via credit so no messing around with cash plus you find out the rate before getting in so you can avoid the hiked up prices cab drivers often set for tourists. You can also get bolt to and from the airport in Budapest.

Lime. Download the Lime app to avail of electric scooters scattered around the streets. Although a little pricey, this is a quick and fun way to travel from place to place around the city, plus you can avoid the traffic by zipping down the footpath. You simply top up your account via the app using your credit card, then use the app to activate the scooter.

Tram. The tram operates throughout the city, simply buy a ticket from a local newsagent and hop on.

Currency. Hungary does not use the euro, it still has its own currency called Hungarian Forints. Avoid changing currency at the airport and get money from an ATM once in the city.

Budget. Budapest is relatively cheaper than Ireland. On our 4 day visit we spent around 50 euro per day including food, drinks and sightseeing (excluding accommodation).

Published by What Lorna Saw Next - Travel

Hello, I'm Lorna! I enjoy backpacking around the world and writing about it. I hope to share my experiences and inspire you with travel recommendations and tips. View more posts